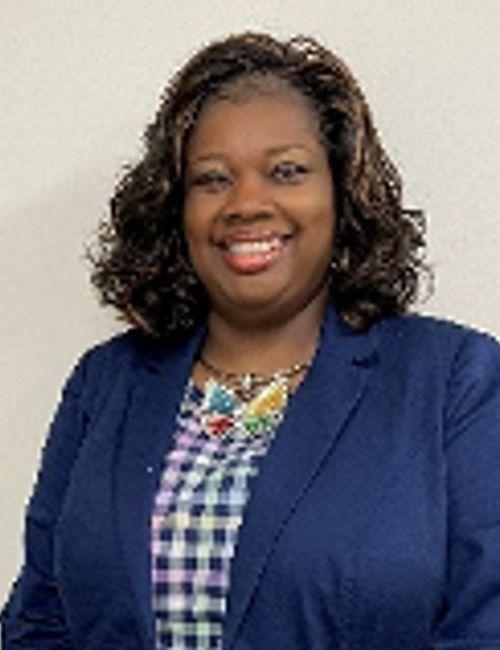 Sharon Samuel-Nsuk is the Campus President for Gupton-Jones College of Funeral Services in Decatur, GA.

She is a native of Columbus, Mississippi, graduating from Coahoma Community College in Clarksdale, MS with an Associates of Arts degree in Mathematics. A Bachelor of Science degree in Mathematics from LeMoyne-Owen College in Memphis, TN.  Mrs. Samuel-Nsuk also holds a dual Master’s degree in Education and Information Technology from American Intercontinental University in Hoffman Estate, IL.

Mrs. Samuel-Nsuk taught in the public-school systems for six years. She left the public school system and started teaching on the college level for ten years at ITT Technical College, and DeVry University.  She also was a Curriculum Manager for a Military college in Kansas City, MO. She served as the Director of Education at Vatterott College in Broadview Heights, OH and as an Accreditation Coordinator in Washington D.C.  Mrs. Samuel-Nsuk accepted a position with the Federal Government with the Department of Health and Human Services in 2013. She served as a Program Specialist in the Office of Head Start, managing twenty programs in five states. She left the federal government after six years to be the Director of Operations for a nonprofit in Atlanta, GA.

Mrs. Samuel-Nsuk and her husband has four adult children, and four grandchildren. She enjoys traveling, shopping, and spending time with her family.

Mrs. Samuel-Nsuk is passionate about higher education and believes education is a foundation to building a successful career.